Have you ever heard that “People are promoted to their level of incompetence”? It was an assertion made by Dr Laurence J Peter in his satirical book “The Peter Principle”, published in 1968 and still in print today. He was mocking management and management concepts, but maybe there’s some truth in it?

The concept is that when someone is doing a good job, they get promoted. And when they’re doing a good job again, they get promoted again to the next level in the hierarchy. It repeats until they no longer do a good job in the new role, having exceeded the training and experience and reached their level of incompetence. At which point, they’re rarely demoted, but instead remain in the new role, doing a less than amazing job, stuck at that level.
The pattern continues throughout large organisations until, in theory, every senior role is occupied by someone who’s not very competent in their role. It’s further suggested that all excellent work is produced by those who have not yet been promoted. Maybe we should think twice before asking to speak to the manager?

So why does this happen? For a range of reasons. Mostly, when an organisation is growing and we’re looking for someone to promote, we tend to look for the person who’s performing well in their role. But therein lies the problem – good performance in one role does not guarantee good performance at the next level.

I’ve observed the truth in The Peter Principle. Of course, I’d hate to admit that person has ever been me – just as every manager reading this knows that it’s not them, just ‘other managers’. And if you’re the CEO, well, draw your conclusion. 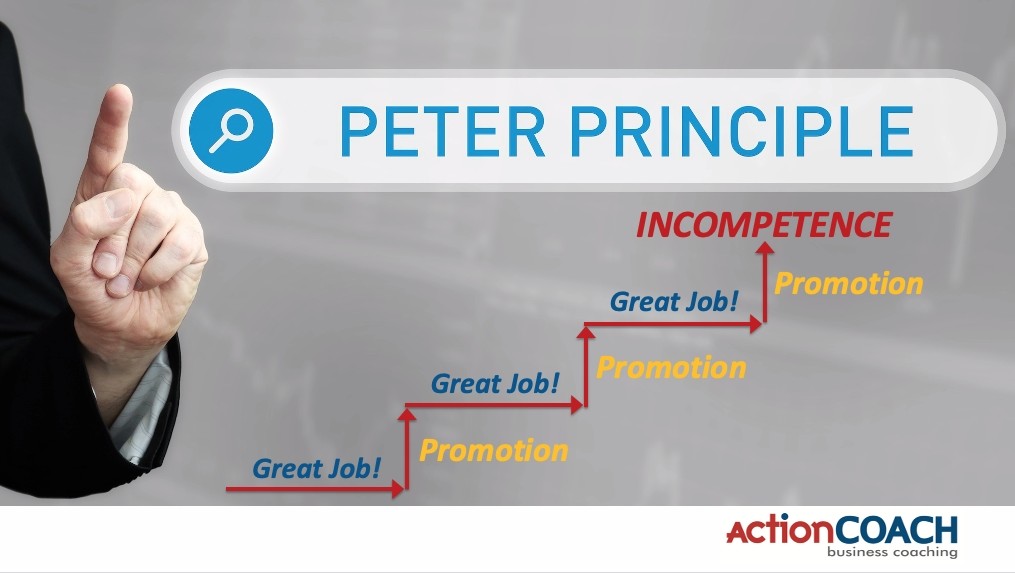 Here are my recommendations:

Do You Set Yourself Personal Goals?

We really appreciate you taking the time to report this bug, we will look into it ASAP.